I recently had the good fortune to spend Thanksgiving with a few of my siblings in the Palm Springs area in California. I arrived early in the week, on November 21. Because of this timing, my visit coincided with the 59th anniversary of a major event in America’s history.

On November 22, 1963, the United States, and then the world, was shocked to learn of the assassination of President John F. Kennedy by Lee Harvey Oswald as he was traveling in an open motorcade through Dealey Plaza in Dallas, Texas. Texas Governor John Connally was also struck by bullet fire but recovered from his injuries.

As reminders of this event came across the news last week, my brother Gary started to reminisce. He told me a story I’d never heard before about something else that took place 59 years ago.

In Grand Forks, North Dakota, as young children we, along with our parents and the rest of the world, watched the tragic events of 1963 unfold on the news. I was 6 years old; the twins Gary and Mary Ellen were 11.

Immediately after President Kennedy’s assassination, our parents and some uncles and aunts in North Dakota and Minnesota hurriedly packed their bags to get ready for a trip. They were rushing off to a funeral. This funeral was in “Washington.” Gary’s 11-year-old mind naturally assumed that they were leaving to attend the Kennedy funeral. He even looked for them in the crowds in the TV coverage of the president’s funeral.

Wrong Washington, and wrong tragedy. It turned out that our parents didn’t want to tell us younger children what had transpired in our own family. My mother’s older brother had shot himself on November 20, two days before the Kennedy assassination. They were headed to Seattle, Washington, not Washington, D. C., for the funeral. 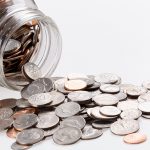 It was many years later before us children knew the truth about what happened with our Uncle Lawrence. He was 46 years old and left behind an estranged wife and a 1-year-old daughter. My older siblings remember him as someone who loved playing with children, so much so that whenever he came to visit, he would arrive with a glass jar full of coins. He would gather all his young nieces and nephews around and spill the coins on the kitchen floor, telling the kids they could keep as much as they could gather up, just for the sheer joy of hearing the kids shriek and laugh.

Rumor has it that his wife was leaving him and threatened to take his infant daughter away, something he felt he couldn’t bear. In his depths of despair and not seeing a way forward, he ended his own life.

My mother didn’t speak of his suicide openly, and from what I understand, neither did her brothers or sisters. I truly believe her siblings considered it a shameful thing that should never be discussed. She and her siblings were devout Catholics, as a cousin has reminded me, where suicide is considered a mortal sin, probably another reason why it was not openly discussed or why he was not openly grieved.

Until I heard this story at age 65, I didn’t know we had a history of suicide in our family. Or maybe I heard it at one time and the news didn’t stick, I’m not sure. I always knew we had a history of mental illness, and that was never handled well, because it was combined with extreme poverty, a lack of education, and a lack of simple compassion, so the option of getting help for those relatives was out of the question. But suicide? That is sobering; beyond the pale. It’s one thing I didn’t realize that my own mother had to process on her own, as there were no grief support groups for suicide survivors. She didn’t get help either. And poor Uncle Lawrence. No suicide hotlines in 1963.

As young children our parents shielded us from the truth in 1963, and as far as I can tell, buried the truth amongst themselves as well. While the nation openly and loudly grieved for President Kennedy, our family quietly buried a brother and uncle that almost no one dared to mention. Even though their manner of passing was so very different, I’m not convinced that keeping it a secret was the right thing to do. Sometimes children learn more by being allowed to face the harsh realities of life and being taught how better to handle them, then to founder on their own and almost always coming to the wrong conclusions.

From what little I have learned, we lost a lovely member of our family that day, and a little girl lost a wonderful father. Rest in peace, Lawrence Riske. 1917–1963.

Brother Gary Budzeak contributed the original idea for this story. Other contributions were made by sister Lois Przybylski and cousin Charlotte Savaloja.

If you are interested in submitting a post to this blog, submissions are open! I invite you to peruse my submission requirements, and if you have any further questions, you can reach me via my Contact page.