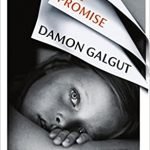 The Promise won the Man Booker Prize for Literary Fiction in 2021, and for the first time in a long time, I agree. This was an outstanding book that kept my attention from start to finish.

The book centers around a White South African family named Swart, and the story opens on the funeral of the matriarch of the family, Ma. Ma returned to her Jewish faith in her later years, while their father remained a steadfast Christian. Because of her request to be buried as an observant Jew and not in their prepaid Christian burial plot, it has created a lot of tensions within the remaining Swart family.

Siblings Anton and Amor (Ma’s children), seem to despise everything their parents stood for, not the least being their competing religions and their White privilege in South Africa. Tied up with the latter is a promise that was made to their native Black housemaid who raised them and kept their household, Salome. Upon Ma’s death, Salome was promised her own home and her own land. The father swears he made no such promise. Amor swears she was in the room and heard the promise with her own ears. Salome swears she also heard the promise, but as a Black woman in South Africa before Apartheid, is powerless to claim it.

Amor leaves home at an early age, and only returns for two more funerals that follow Ma’s with decades in between. The book chronicles the lives of Anton and Amor into adulthood as they grapple with a diminished family legacy, and Amor’s determination to fulfill the promise to Salome.