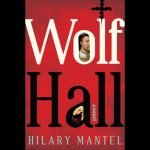 Wolf Hall,  Bring Up the Bodies, and The Mirror & The Light I list together, as they are a trilogy by Hilary Mantel about the life of Thomas Cromwell, from the time he rose to power in Tudor England, in Henry VIII’s court, until his execution on the order of the self-same Henry VIII. Also featuring Queen Catherine of Aragon (wife no. 1), Anne Boleyn (wife no. 2), Jane Seymour (wife no. 3), Thomas More, and other fascinating characters of the British court in the 1500s.

She stated in an interview that she wrote the very last scene, of Thomas Cromwell’s execution (at the end of the third book, The Mirror & The Light) first. Then all she had to do was write the other two books! 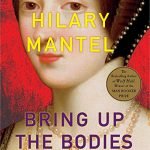 She is probably my favorite author. She became the only female author to win the Man Booker Prize twice, and that prize was won for the first two of the three books. These I read in hard cover, and all three I read twice. One of the things I so admire about Hilary Mantel, is I learned that she suffers from a debilitating illness (a severe form of endometriosis) and is in almost constant pain. Therefore she almost never leaves her home. Yet she can transcend that to do astounding research and write complex, unforgettable prose.

But you have to pay close attention when she is writing, as if you are a fly on the wall, or watching a tennis match, your head moving back and forth to follow the conversation. You won’t find any “he said” “she said” here. Hilary expects you to do the work; to keep up. 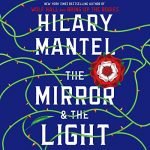 One of my favorite exchanges: Thomas and his son were looking at a newly finished portrait of Thomas painted by the famous portraitist of the day Hans Holbein. Thomas said, “He made me look like a murderer.” His son looked at him and said, “Did you not know?”