From the Editors of the New York Times Book Review 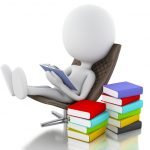 As a subscriber of the New York Times, I took advantage of an invitation to join their first-ever live video-conference where they announced their picks for the 10 Best Books of the year. Below you will find the notes I scribbled down about each book as the editors talked enthusiastically about each one. [Disclosure: links to Audible.com/Amazon.com books are affiliate links, meaning I’ll earn a small commission on qualifying purchases, at no additional cost to you.]

How Beautiful We Were, by Imbolo Mbue

She tells the story of a fictional African village whose children are dying because of an environmental disaster caused by an American oil company—poisoned soil in their fields and poisoned water supplies from mismanaged drilling fluids and leaking pipelines. Even though my livelihood has come from the oil and gas industry, stories like this grab my attention and grab me by the jugular, because I admit to being a closet environmentalist. I want my industry to be clean, responsible, and accountable, and true-life stories such as the fracking gone awry in Pennsylvania (Amity and Prosperity: One Family and the Fracturing of America, published in 2019 and won the Pulitzer Prize for General Nonfiction) both break my heart and make me angry.

My review of this book can be found here.

A multilingual court interpreter moves from New York City to The Hague, The Netherlands, to work at the International Court. She soon finds herself involved in many dramas, both personally and professionally. She gets involved with a lover who is not quite divorced yet. She becomes a court interpreter for someone who turns out to be a war criminal and The Netherlands’ former president. As one of the Times’ editors put it, “the interpreter starts misinterpreting what she hears and what she sees,” thus complicating her job and her life.

When We Cease to Understand the World, by Benjamin Labatut

The editor first discussing this book said he became such an “evangelist” for this one that he drove his friends and family insane! On the surface it would have limited appeal: it’s about physics, scientific discoveries, immense breakthroughs of understanding. The author was guided by the mathematician Alexander Grothendieck, the physicist Werner Heisenberg (remember that name from “Breaking Bad”?) and the chemist Fritz Haber, among others, to describe a journey of the ecstasy and agony of scientific breakthroughs that have been used for tremendous gains for society, and some that have the potential to destroy society.

The Love Songs of W.E.B DuBois, by Honoree Fanonne Jeffers

A story that goes back and forth between a coming-of-age Black girl growing up during the 1980s and 1990s, and her ancestors, enslaved African Americans who lived through the formation of the United States. The author is a celebrated poet and this is her first novel, weighing in at 800 pages.

No One Is Talking About This, by Patricia Lockwood

This is a book about how we write and exist online and how that differs from our flesh-and-blood interactions. A woman has been elevated to prominence by her social media posts and it has created a whole new world for her…until her real world comes crashing in. Juggling and reconciling the two realities becomes an absurd, funny, and sometimes impossible task.

The editors describe this new biography of Sylvia Plath, at more than 1000 pages, as a monumental achievement, superseding all other attempts to describe her short life (she committed suicide at 30 years old in 1963). The author, a professor of poetry in England, dived into Plath’s letters, diaries, poetry and prose to show that, instead of the folklore that she was a madwoman (in fact she was a genius, with an IQ of 160), she was “one of the most important American writers of the 20th century.”

This a series of three memoirs that were originally published separately in Denmark in the 60s and 70s, and here are published together in a single volume. The author had a poor and hardscrabble upbringing that landed her in the workforce at age 14, and two failed marriages by the age of 30. Her third marriage to a medical doctor resulted in her addiction to opioids. She examines a difficult relationship with her mother who, among other cruelties, mocks her desire to become a poet; yet she became famous for her poetry by the time she was a teenager. Ditlevsen, who committed suicide in 1976, is only now being discovered by English-speaking audiences.

My review of this book can be found here.

How the Word is Passed: A Reckoning With the History of Slavery Across America, by Clint Smith

For this book the author toured sites that are key to America’s slavery story, including Thomas Jefferson’s Monticello, Angola, the Louisiana State Penitentiary, and a Confederate cemetery. He interviews tour guides, activists, and local historians to get multiple perspectives on these historical sites and events, and tries to separate fact from fiction and willful ignorance as America struggles with its past.

On Juneteenth, by Annette Gordon-Reed

The author is not only a native Texan, but she was also a part of its desegregation by being the first Black girl to attend her East Texas school. She wrote this book on Juneteenth to set the record straight, not only about the new holiday we all celebrate (which admittedly irked her; she felt it was strictly a Texas holiday), but about a lot of Texas history that many non-natives were not familiar with. Such as, it was not only Whites that enslaved the Blacks in Texas, but so did the indigenous Texans—something I did not know and I’ve lived here 40 years.

Invisible Child—Poverty, Survival, and Hope in an American City, by Andrea Elliott

This Pulitzer Prize winning author picks up an acclaimed series she produced for the New York Times in 2013 about Dasani Coates, a homeless NY City girl and her family that consists of her mother and several siblings. For the next several years she follows this family through shelters, the courts, schools, and welfare offices as they struggle with poverty, homelessness, and addiction. She documents the joyful progress and the gut-wrenching setbacks as this family fights to stay together, and fights a system that fails them time and time again.